Jewelry is a work of art with high selling value. Because of this, people often choose jewelry as an investment item. Talking about jewelry, in the world itself, there is some jewelry that is of fantastic value.

In addition to its charming shape, the history of the journey that accompanies this jewelry is one of the things that makes the price very expensive.

Well, want to know what jewelry is included in the list of the most expensive jewelry in the world? Check out the interesting reviews that we have summarized in the article below. Here is the presentation:

The Hope Diamond is a piece of jewelry that was first discovered in the Golconda mining area, South India in 1666. The jewelry that has been cut several times has been named one of the most expensive jewelry in the world. This 45.52-carat dark blue stone is known to have changed hands over the years.

Some people who have owned it include Jean-Baptiste Tavernier, King Louis XIV, Evalyn Walsh McLean, Harry Winston until finally rested at the Smithsonian Museum of Natural History in 1958.

The Hope Diamond itself is estimated to have a fantastic value, which is around 250 million dollars. One of the things that makes this jewelry, attractive is its captivating blue color. Experts themselves argue that the color of the stone is caused by the rest of the particles that come from the Boron atom.

The next most expensive jewelry in the world comes from one of the leading jewelry companies from London, England owned by Lawrence Graff, namely Graff Diamonds. The luxury jewelry is called the Peacock Brooch or peacock brooch. The price of the jewelry is estimated at around 100 million dollars.

The jewelry is known to consist of 1300 diamonds of various colors and weighs about 120.81 carats. In the center of the jewelry is a diamond weighing 20.02 carats in the shape of a pear which is quite charming. Peacock Brooch itself was first released in 2013 at TEFAF, the Netherlands. And became one of Graff’s works that are known to be expensive.

The dark blue jewelry is priced at 80 million USD. Lawrence Graff’s company is indeed quite skilled in creating a variety of high artistic value jewelry. This is evidenced by the presence of the Wittelsbach Graff Diamond which is predicted to be one of the three Graff jewelry that is of fantastic value.

The next piece of jewelry that has the most expensive price in the world is the Pink Star Diamond Ring. This diamond ring weighing about 59.6 carats is priced at 71.2 million dollars. This diamond was first discovered in the South African region by the mining company, De Beers in 1999.

Pink Star is a rare type of diamond. The name Pink Star itself was taken because of its pink color it has. Experts say that the diamond, which was exhibited at the Smithsonian Institute, is one of the largest flawless pink diamonds. Before being cut, the diamond was known to have weighed about 132.5 carats. 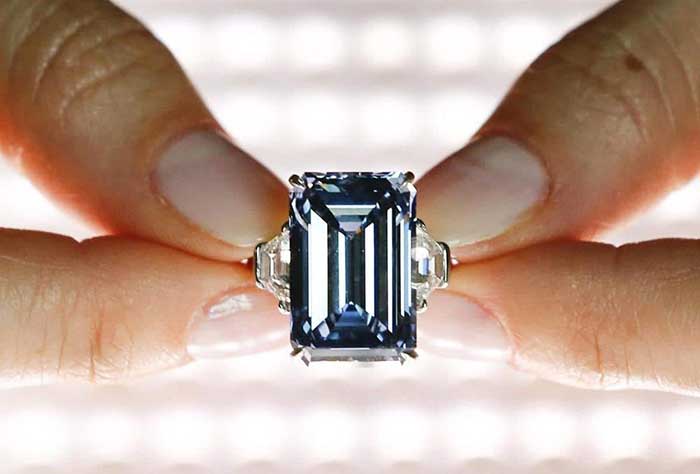 The next most expensive jewelry is Oppenheimer Blue. This one jewelry is priced at around 57.5 million dollars. One of the things that is quite interesting about this diamond is the mysterious diamond background. That said, this diamond was found in a mining area in South Africa in the 20th century.

Oppenheimer Blue itself is taken from a family name that was well known in the gem business of that century. This jewelry consists of a blue diamond with a cut emerald weighing 14.62 carats. The Gemological Institute of America says that this diamond is the largest fancy vivid blue diamond ever found in the world.

That’s the 5 most expensive jewelry in the world. If you want to have, of course, you have to save for years. However, there is one way to have it in a fairly instant way, namely by playing online slots. This game guarantees a large amount of payout if you manage to win an online slot game. If you have never played this game, game providers such as Habanero and Pragmatic provide akun slot demo that give you the opportunity to understand how to play and the terms of the game. So what are you waiting for, hurry up and try your luck there, we hope we can win the highest rtp game and buy this luxury jewelry.